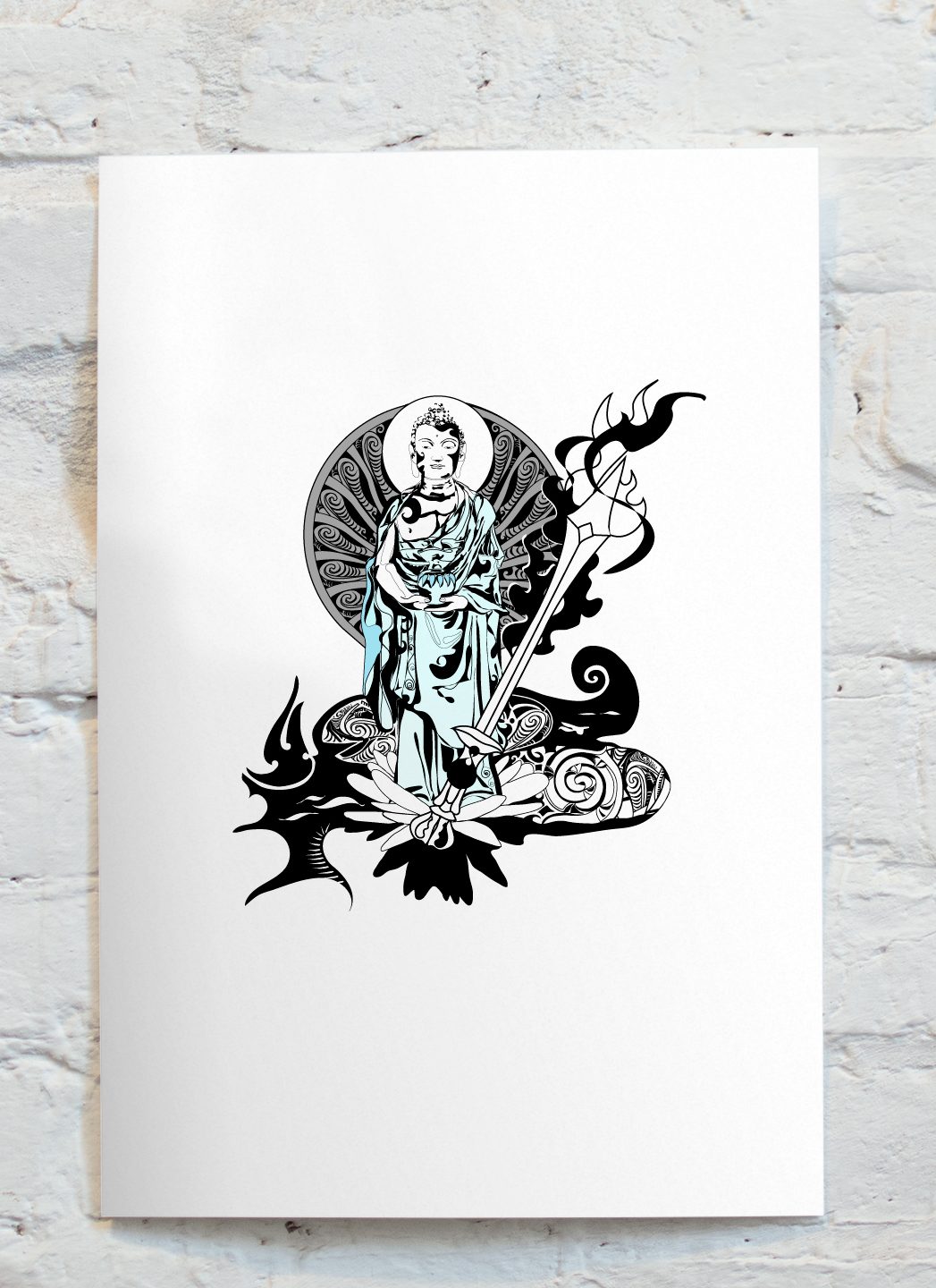 This began as a commission for a tattoo design combining Buddhist and Maori symbology inspired by Rob’s dream. I’ve included a Koru, a Pikorua, a Muri Paraoa, a Hei Matau, and the silver fern, each for their meaning which has become ever more meaningful since. The Lotus was also necessary, as was the medicine bowl, and I also discovered the flaming sword, for transformation and cutting through illusion. The sword is most commonly asscoiated with Mañjuśrī, the bodhisattva of wisdom. His mantra is believed to enhance wisdom and improve one’s skills in debating, memory, writing, and other literary abilities.

The depth and meaning behind this design goes far beyond it’s original conception as a tattoo. It has an immense story to tell.